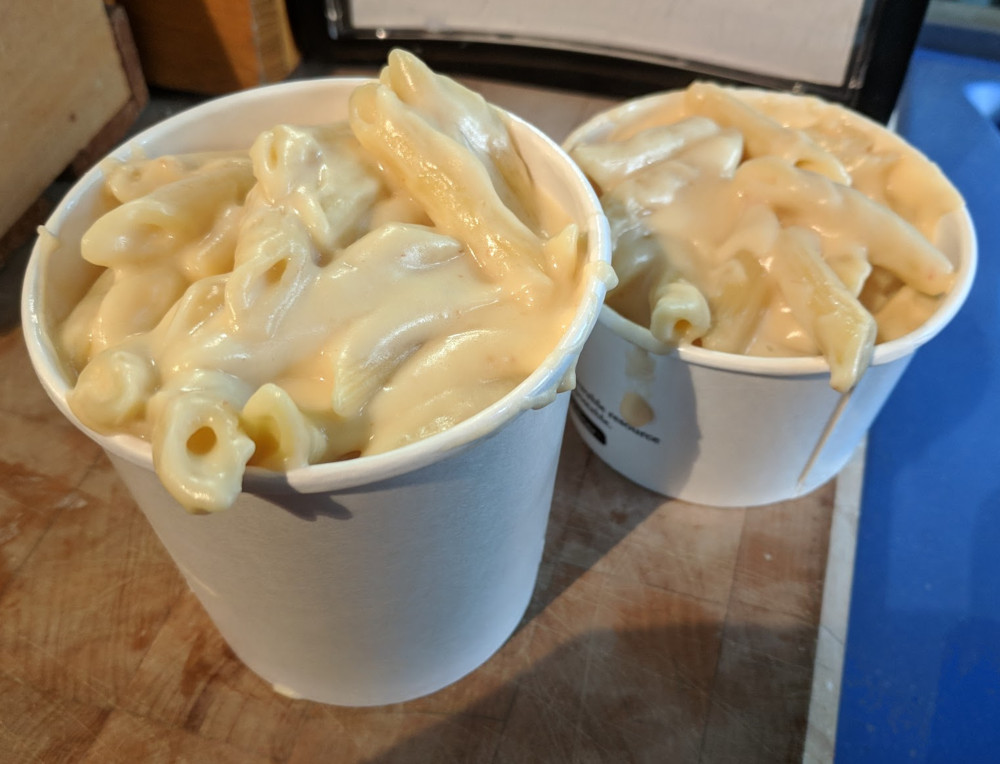 Oh, wow. It's been nearly 7 months since Nikki and I went up to Seattle. This entry has been sitting here, in draft mode, mostly written. I just forgot to finish it. Oops!

Anyways, Nikki and I heard that Beecher's has a really solid Mac and Cheese option, which is so good that they call it the "World's Best." So Nikki and I (as well as my sister) headed on over to Pike Place Market to try out some Beecher's Mac and Cheese.

So I walked up to the counter and ordered a large cup, and I was a big fan of how unceremoniously they shlopped a massive glob of the Mac and Cheese into a cardboard cup. And after trying it, I was definitely in love. The sauce was ridiculously thick and cheesy: they make it with their own Flagship cheese (a 15 month-old semi-hard cow's milk cheese, with a nice nutty flavor) as well as with some of their own Just Jack cheese. I was worried about the noodles, since I was afraid that they'd basically disintegrate in that giant vat. But no, these noodles were so perfectly cooked, I didn't even care that they were penne noodles, and not macaroni.

Overall, this was a fantastic Mac and Cheese, and Nikki and I will make sure to come back here. I don't know if it's the "World's Best", but it is amazing and unique, and if you find yourself in Seattle, you should definitely try it.