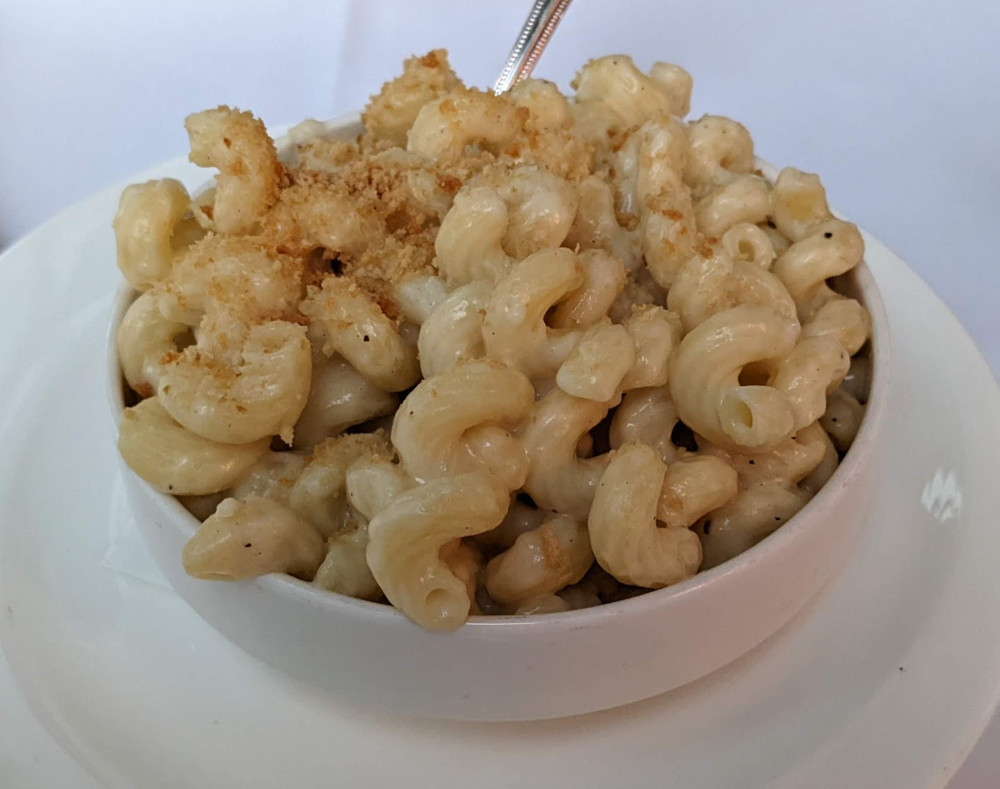 Guess who has two thumbs, and was dumb enough to go to a four-dollar-sign steakhouse across the street from the US capital, and managed to rack up a $200 bill? THIS GUY.

Anyways, the Mac was pretty good. For the sauce, the restaurant used a swiss, smoked gouda, and gruyère cheese blend that was fairly pleasant. The sauce was also freaking loaded with butter, and you could taste it in every bite - I'm guessing they optimized the sauce for the optional crab or lobster that you could add to the dish, but we opted for just the solo Mac. They used cavatappi noodles and cooked them perfectly. All-in-all, a solid Mac and Cheese showing.

Anyways, while the Mac was good, it's the other things on the menu that are the real draw. Their cocktail selection is fantastic. They served me one of the best burgers of my life. Nikki's salmon was a delight. Our starter salads were just so freaking good. And they had "lobster corn dogs" on the menu, which are delicious chunks of lobster assembled into hot-dog shapes, then battered and fried and served with a fancy aioli. They were delightful.

This is a place to try once. It's way too fancy for me normally, but Nikki and I decided to live it up, since how often do you vacation to Washington DC? If Mac and Cheese is your goal, you can probably get an actual Mac and Cheese entree for fewer dollar signs elsewhere. But if you're down for the DC lobbyist steakhouse experience, hey, this place was pretty dang alright.