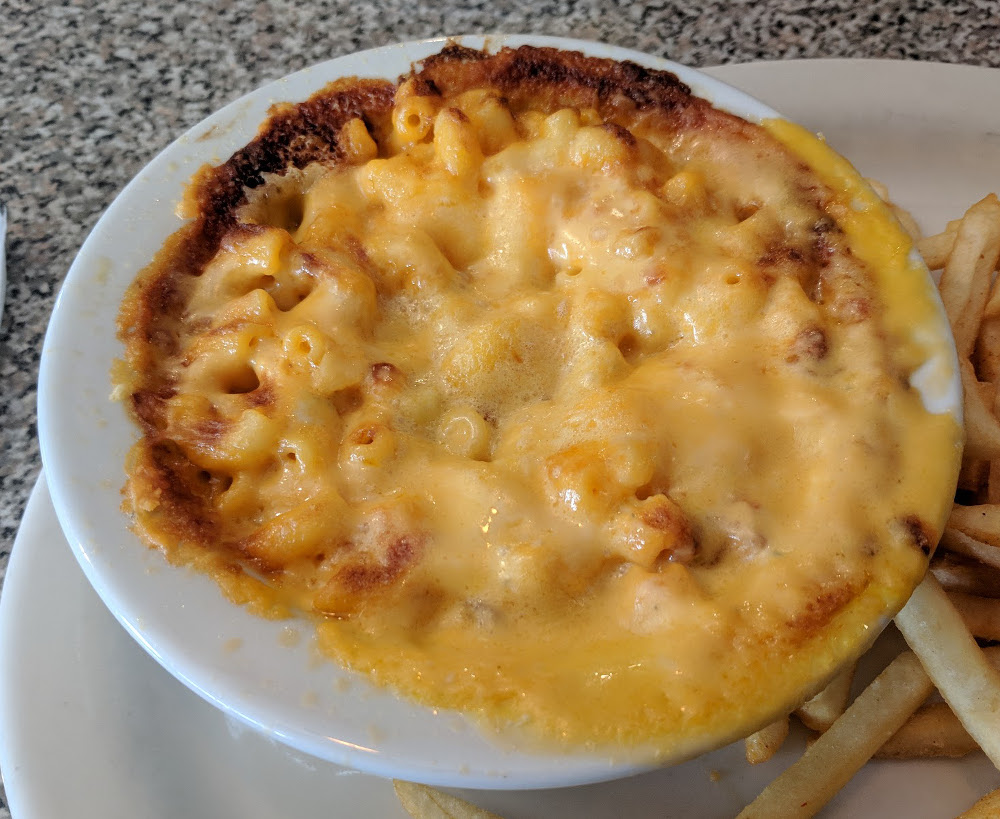 Nikki and I were looking for a tasty meal before heading back out into the Arizona Desert, on our way to Flagstaff. So we decided to drop by this 50s diner, and surprise, surprise: Mac-N-Cheese was on the menu. :)

So yeah, I got the Mac, and I ordered it with fries instead of the default salad, since I know what I'm about. The presentation wasn't too great: some cheese was burned along the edges, and the waitress spilled some of the the sauce over the side while bringing it out. Taste-wise, it was reasonable. The noodles were a little overcooked, but the sauce was very creamy. The menu said is was made with "a blend of four cheeses", but the waitress wasn't 100% on which. Definitely cheddar. Definitely bleu cheese. (I'm guessing a creamy gorgonzola.) The rest was a "Mexican Blend", so I'm guessing another cheddar, and a jack cheese. Overall, fairly good, but I'm not sure if I'd get it again. Nikki decided to get the bleu cheese burger, and I'd probably follow suit next time.

So, yep. An alright Mac, but I'd probably skip it next time around. The fries were nice and crispy though, and Nikki's burger was pretty solid.