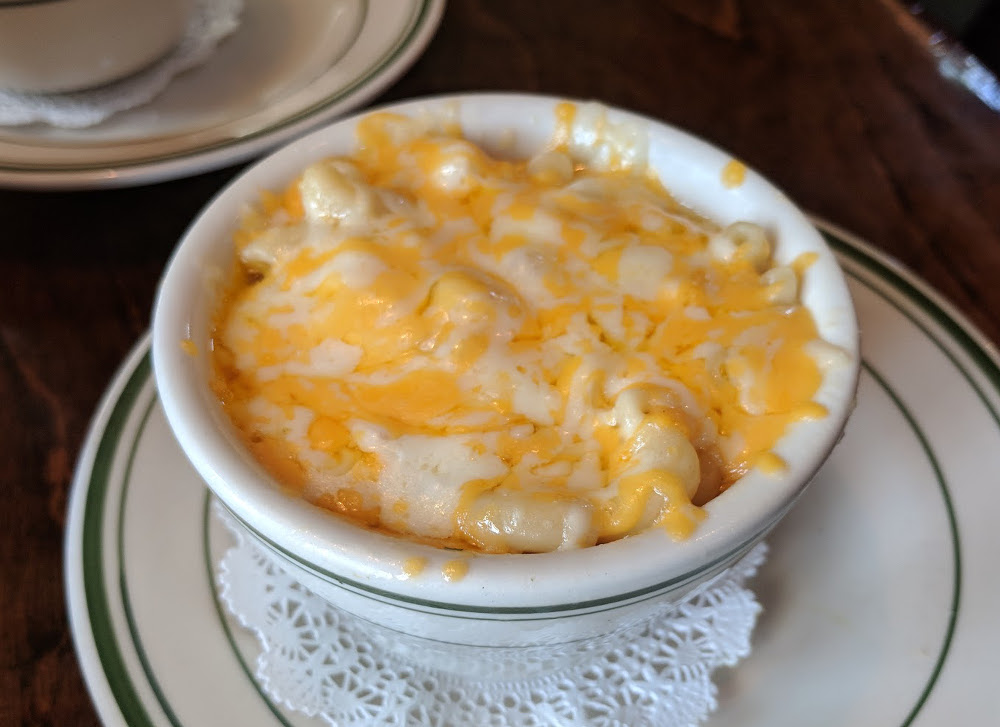 Nikki and I were driving through southern Utah, and we decided to take a pitstop in St George. I looked online, and there were several people who swear by the Mac and cheese served by George's Corner Restaurant. So we dropped in, and grabbed a quick bite to eat.

The Mac and Cheese that they serve here is only a side, so Nikki and I both got the Mac along with another main dish: I got their pastrami on rye, and Nikki got a beet salad. Both of the main dishes were pretty dang good. As for the Mac: I enjoyed it quite a bit. The sauce was actually more of a basic thin cream sauce, but the surface of the Mac was loaded with monterey jack and cheddar cheese. I actually didn't mind this setup, since you would just make sure to include a little bit of the surface with each bite, which worked fairly well given that the dish was just a side. I would have liked the sauce to be a little more cheesy on its own, but you can't win them all.

Still, I liked my sammich, I got a tasty mint lemonade, Nikki enjoyed her salad, the waiter was super friendly. All in all, this was just a nice little restaurant, and I'd be happy to come back!