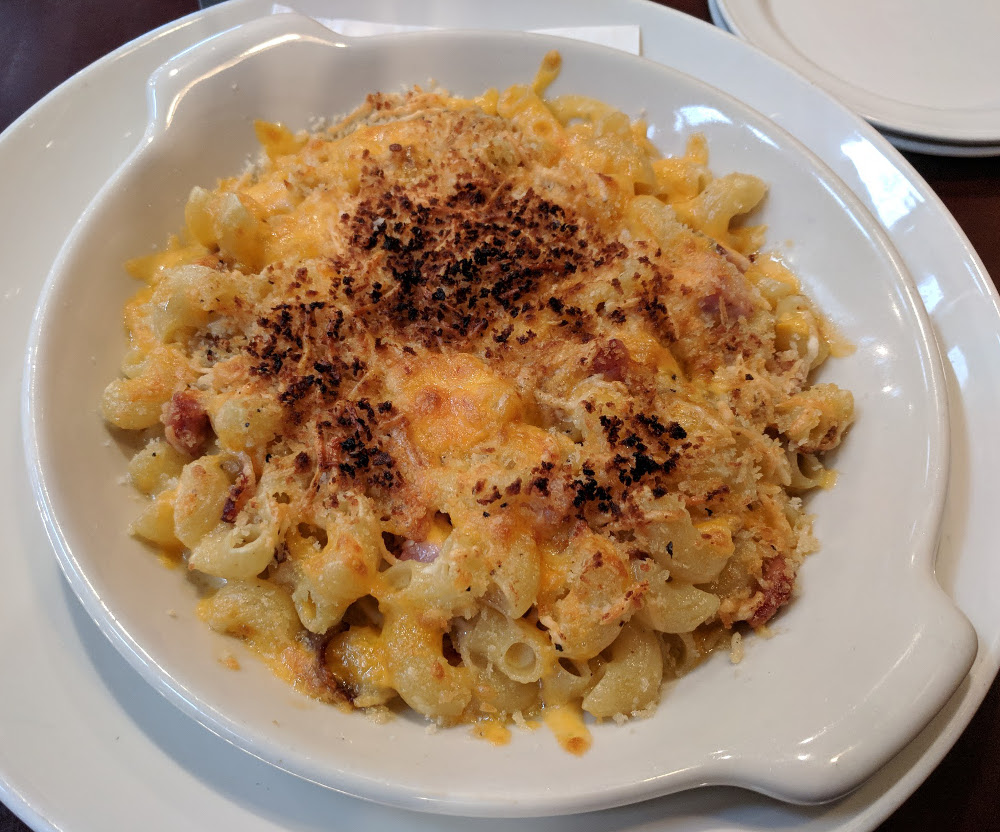 Nikki and I flew out to San Diego, so that we could get started on another small road trip. (Nikki's always wanted to see the Grand Canyon, so we're trekking through the Arizona desert to see it.) After our plane landed, and we settled into our hotel, we decided to travel on over to the Karl Strauss Brewing Company. Partly for some tasty beers, but mostly because their menu has a section called "Mac on Tap". :)

We got there. We settled in. Nikki ordered "The Norm", and I got the "Piggy Bank". Both Macs have a sauce made with gorgonzola, gruyere, and cheddar cheeses, and they both have a parmesan breadcrumb topping. But the Piggy Bank also adds a bunch of black-forest ham, beer-brined bacon, and andouille sausage.

After digging in, I first thought that the sauce, while tasty, was just a little bit too runny. But as the meal continued, the sauce firmed up, and... damn, that was a good mac. This was probably one of my favorite Macs that I've tried. You can definitely taste the rich saltiness of the gruyere, and I'm not sure if it was the gorgonzola, but the sauce had just a little bit of a distant tang to it. And while Nikki's "The Norm" Mac was pleasant and smooth, one thing that I really liked with my dish was that they included many different types of meat additions. It made each bite surprising in a very pleasant way.

So yeah. The Mac was great. And their beers were pretty damn good too. Next time that Nikki and I end up in San Diego, I'd definitely like to try this place again.