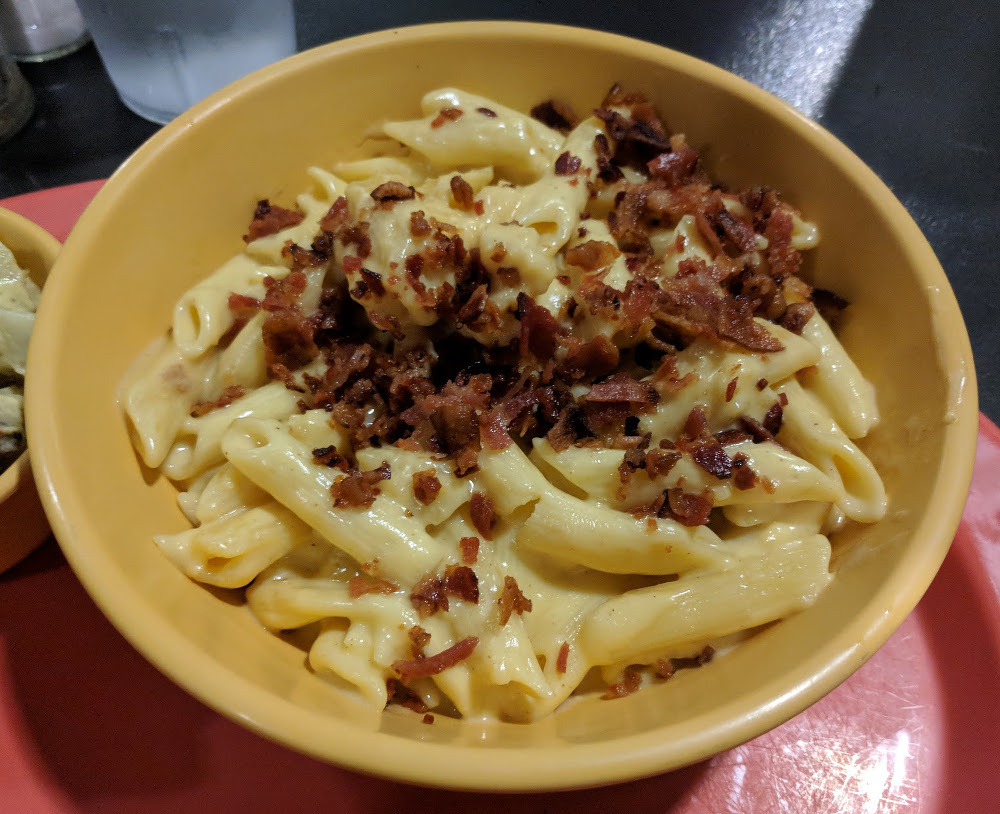 Nikki and I were wondering if there were any good places for Mac and Cheese in Flagstaff. After finding this thread on reddit, we decided to go check out the Lumberyard Brewing Company.

I ordered their Mac with some bacon crumbled over the top, and with potato salad on the side. The potato salad was kind-of bland, but the Mac itself was very interesting: it wasn't creamy, like most Macs we get. Instead, it was very thick and gooey. The sauce used colby jack, cheddar, and velveeta cheeses. This is the first time I've gotten a Mac from a restaurant that used Velveeta, so I was a bit surprised, but it was a pretty dang good Mac, all said. The noodles, while being penne noodles and not macaroni, were cooked well. And the bacon topping was perfectly done, and super crispy. The sauce's consistency started thickening towards the end of the meal, to the Mac's detriment, but overall it was still great, and I'd totally get it again. Nikki ordered their chili, and kept picking bits from my Mac and dipping it in her chili. She was a big fan of that combo. :)

Overall, and pretty good Mac, and a cute restaurant, overall. I'd recommend dropping by if you happen to be in Flagstaff. Grab a beer, some Mac, and if you'd only like a small bit of Mac, they also fry up Mac and Cheese balls as an appetizer!