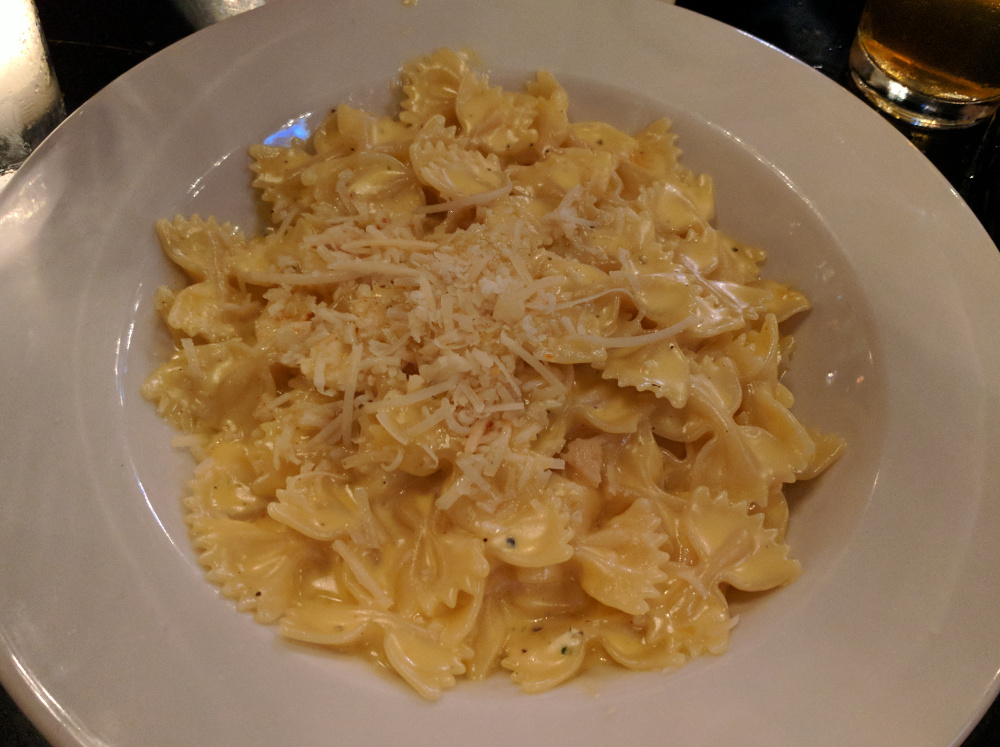 Another case of mistaken identity: This is not mac and cheese as no macaroni is present. This restaurant decided to use bow-tie pasta, which is especially wrong. The sauce itself was decent. Mostly cheddar, but with a little bit of parmesan and romano cheeses mixed in as well. There was also some parmesan cheese used as a garnish. The sauce was ok, but honestly reminded me more of an alfredo sauce, and not of a mac sauce. Needed a lot more cheese.

Worthwhile note: I am lucky that I got the Cheddar Mac from this restaurant instead of their "Daily Special" Mac. Nikki tried the special, which was a Buffalo Chicken Mac and Cheese. I tried a taste of that, and I would have rated it as a 1 out of 5. It was awful. Borderline inedible. Didn't even taste like mac and cheese... More like a creamy herb sauce with a funky aftertaste. Barely even a hint of cheese flavor.