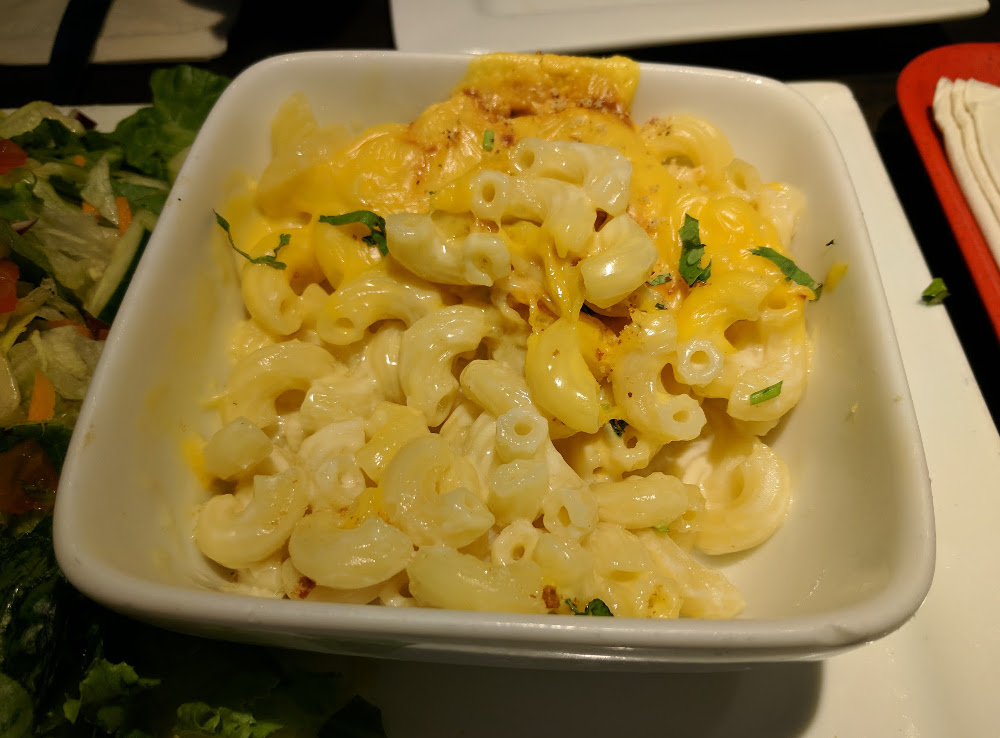 Ok, so Nikki and I got the Mac and Cheese here kind of as a joke. We went to Red Robin because the place we were intending to go to had a long wait, and we were all "Enh, why not?" Sure, the food is probably going to be a little disappointing, but it'll be cheap, and decent enough. After glancing at the menu, we saw Mac and Cheese, and decided to go for it.

So... I probably wouldn't have finished this "Mac" if... Actually, I don't really know why I did finish it. Maybe I felt it'd be rude the waiter? The waiter was a pretty alright guy, but the Mac itself was PATHETIC. The sauce was some bland cream sauce with no hint of cheesy anything. And then I think they just threw a Kraft single on top and called it a day. When they said that this was a Mac made with a "5-Cheese Blend", I think they were just meaning that American Cheese is technically a blend... And then they managed to burn some of that cheese! I mean WTF? I'm honestly just flabbergasted at how joyless, how hollow, and how insincere their attempt at Mac and Cheese was. Like, I'm wondering how a chef of any caliber would ok this trash leaving their kitchen. I'm usually pretty forgiving of Mac and Cheeses, I mean, if they even try. But I've had better Macs from IHOP, where they gave me a bowl of microwaved Kraft that was still cold in the middle.

I don't think there's any reason to go back to this place. We went there kind of as a joke and expecting very little, but this restaurant disappointed me even more than I thought it could. The Mac sucked, and honestly, I could get a better burger from just about any fast food joint.