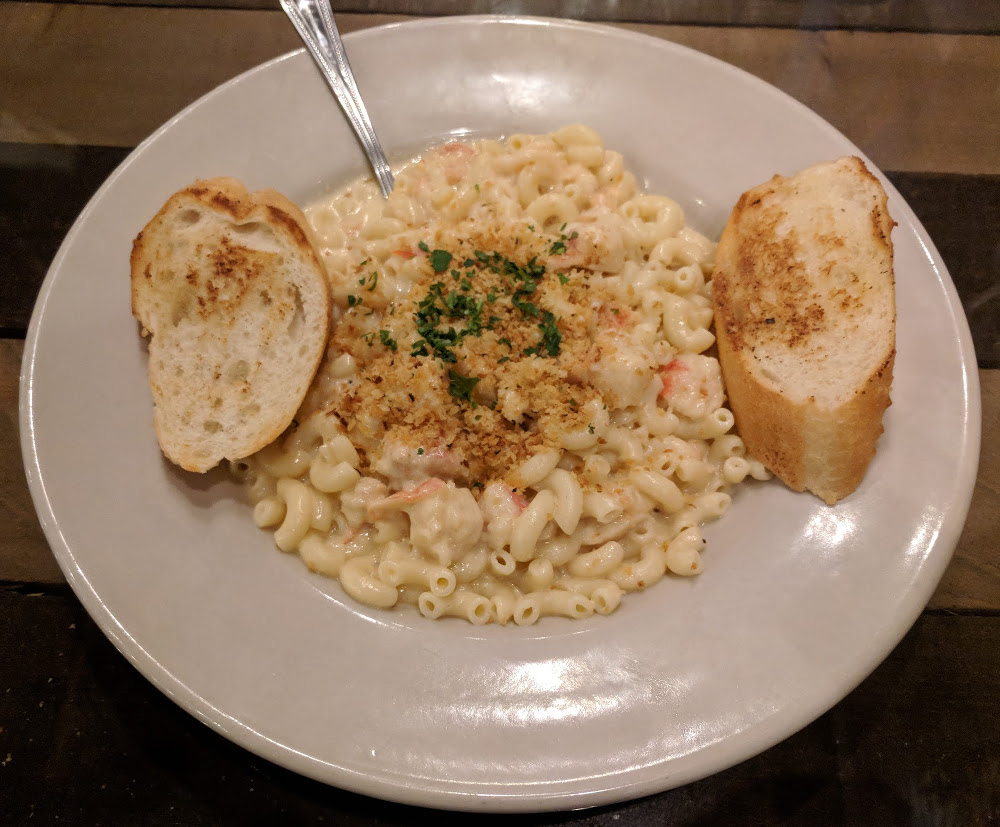 Right before Nikki and I crossed the Arizona / Utah border, we grabbed some dinner from a local tavern, which we noticed had a tasty sounding lobster Mac and Cheese on the menu.

We got there, I ordered the lobster Mac, and Nikki ordered one of their burgers. The Mac itself was alright. The cheese sauce was mellow and pleasant, but not super cheesy to be perfectly honest. But what surprised me most were the chunks of lobster. Given that this restaurant is located in the Great Basin Desert, I wasn't really expecting too much on the seafood front, but the lobster in this dish was surprisingly rich and buttery and tasty. Since I usually ask about what cheeses are in the sauce, I asked the waitress and she passed the question on to the kitchen. However, this is the first restaurant Nikki and I have gone to that refused to tell us. "It's our own special blend, that we prepare here" is all we were told. Nikki and I were both scraping the bottom of the dish, trying to guess which cheeses they used, but the the flavor was so faint that it was difficult. I'm guessing a medium cheddar, and maybe some gruyère? But that's all I could pick out... Anyways, the sauce wasn't the most memorable bit of the dish.

So yeah, this was an alright meal. Would I get it again? Maybe. But mostly for the lobster, and not for the cheese.